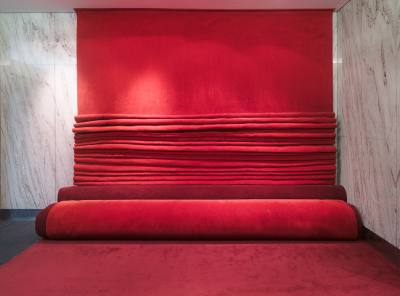 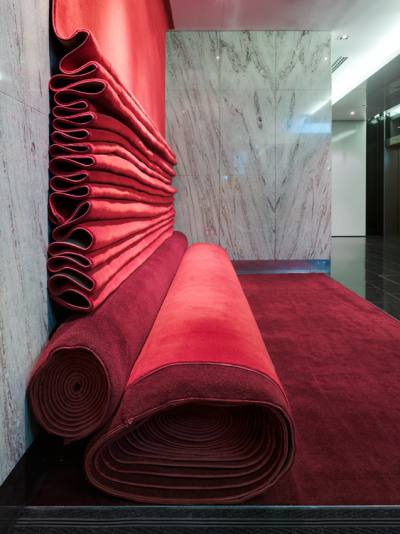 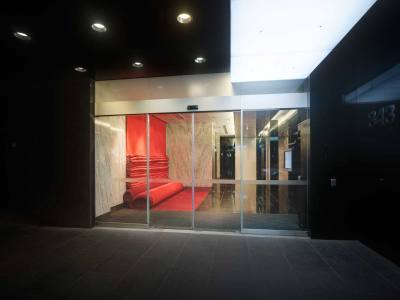 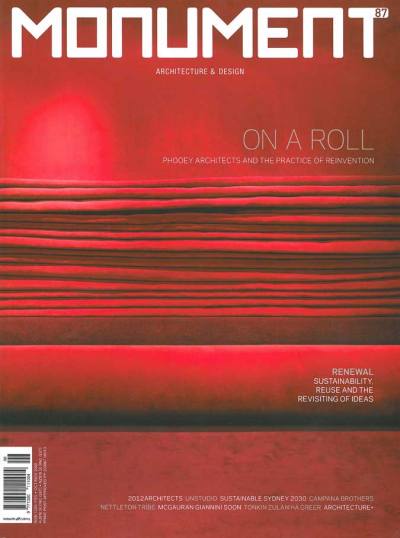 … Remnant carpet, which has been salvaged from the tip, lines not only the walls … has been fashioned into a comfortable couch … Reusing carpet has become an integral part of the PHOOEY mission for ‘zero waste’ in its projects. “Carpet is the first thing you rip out; it’s underfoot and so gets the most wear,” says Ho, “and 96 per cent of it – 2.1 billion kilograms a year – is dumped into landfill. With its high embodied energy, the challenge is how to make that 96 per cent worth something.”

… Now in its fourth iteration, the Carpet Couch has taken on a life of its own, with several versions making their way into the foyers of high-end commercial buildings – not quite the venue one may expect to see an old roll of carpet. The lift lobby to PHOOEY’s office holds Carpet Couch 02, 90 per cent of which is made from carpet that has been pulled up from their office floor. Rippling down the wall, the couch allows the carpet to be revitalised and become structural, almost like a sculpture.