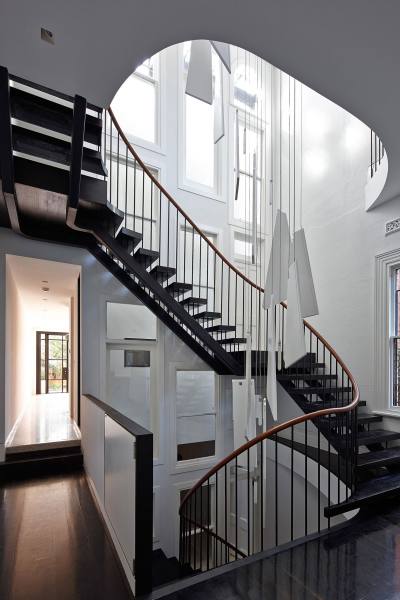 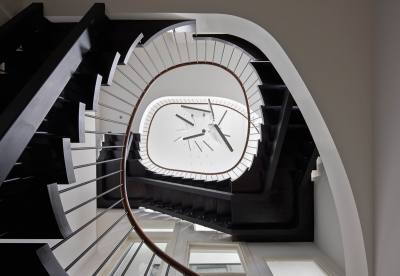 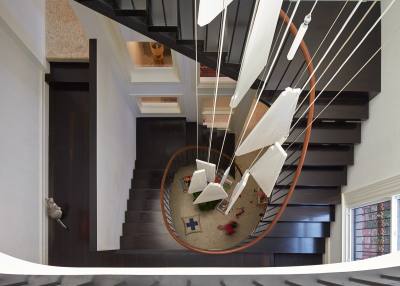 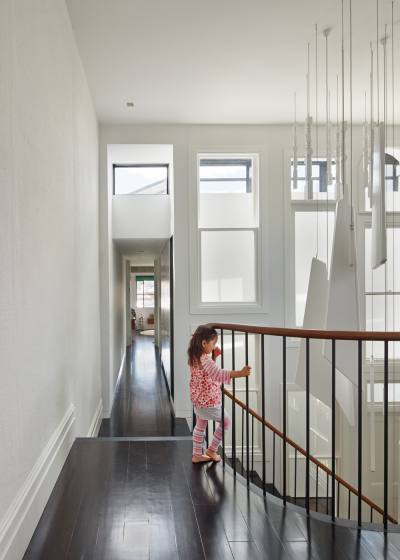 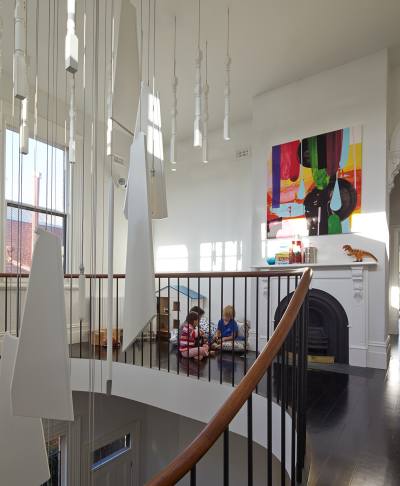 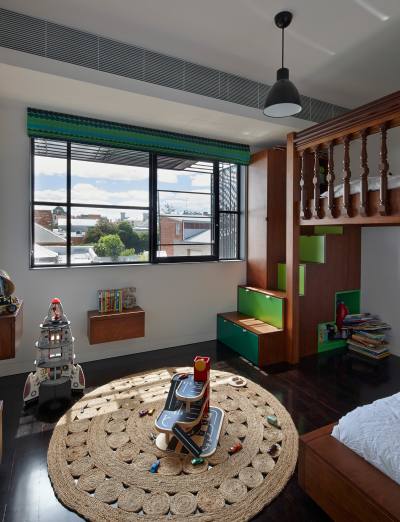 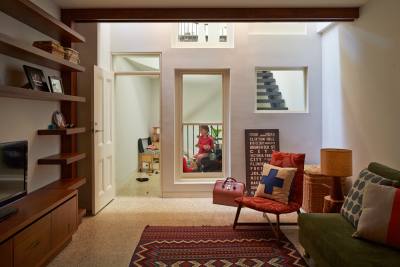 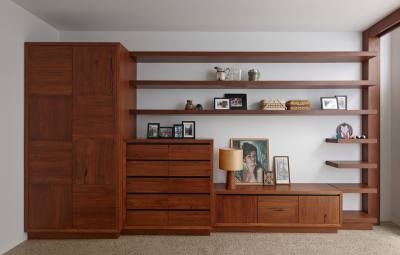 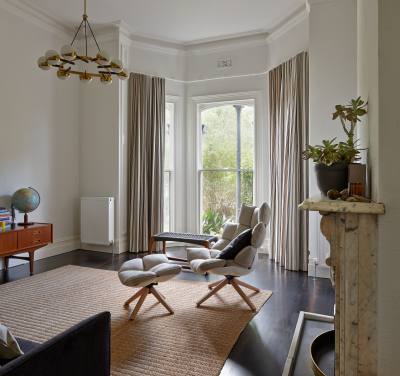 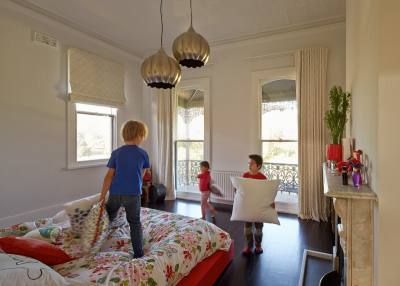 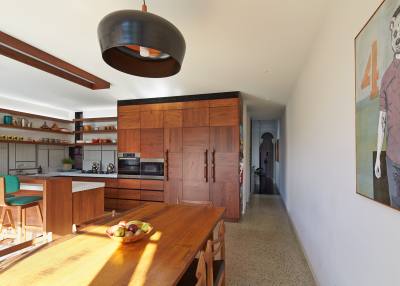 The centrepiece of this newly renovated house, lovingly designed… for a family in inner Melbourne, is undeniably the three storey volume that houses a bespoke spiral staircase and a uniquely crafted chandelier, set against the backdrop of a ‘window wall.’

The clients’ brief was to convert an existing 1880s heritage-listed house in a great location, and in itself a lovely place, into a unique, sustainable, open and bright home, capable of accommodating a family and interstate visitors.

…Due to planning constraints, the unusual decision (within an Australian context) was made to extend down, rather than out.

To accommodate the visitors, … the owners were driven by a desire for a habitable basement, linked by a centralised staircase that provided one point of vertical access. “ We wanted the stair to link all three levels,’ says the owner. “ This was a priority, but once we started talking about the window wall, we began to get this idea of the light coming through the window wall and washing down the three-storey volume into the basement space. We began to see the potential.”

PHOOEY has a very considered approach to materiality in their projects, which is once again evident in this latest work. “We inventoried all the existing materials that were to be removed, and committed to only replacing in an area what was taken away,” says Young. “ For instance, all the windows in the window wall came from the old part of the house – when it was demolished, they were salvaged.”

In remarkably good condition for their age, but lacking the thermal performance of modern windows, they, and left-over doors, were re-imagined into a three-storey high internal wall, located adjacent to a glazed link between new and old. Hanging resplendent in front of the window wall in the central void of the spiral stair is the chandelier. Constructed from remnants of the existing structure, it hangs in pieces from the ceiling.

And the best bit? The owner stops to think. “ When you buy a house like this, you fall in love with the old parts. When you walk in, that’s what grabs you. But then you look at how impractical it is, and you start to think about how it might be renovated and restored. We wanted the modern conveniences but we didn’t want to lose the old character… The best part is that we have kept a lot of what the house was before and re-invigorated it into something very unusual and something very liveable. It just feels lovely.”

Link to exteriors & more interiors for this project.