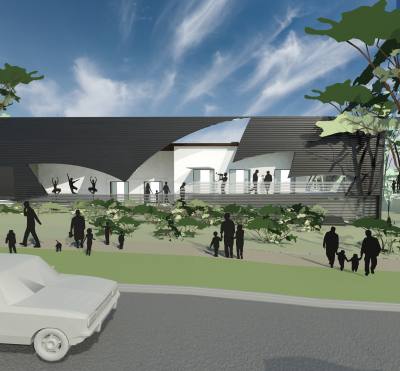 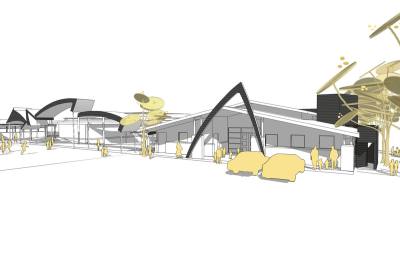 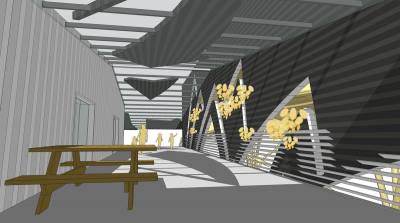 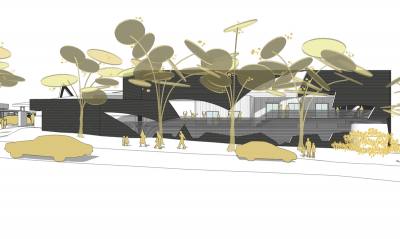 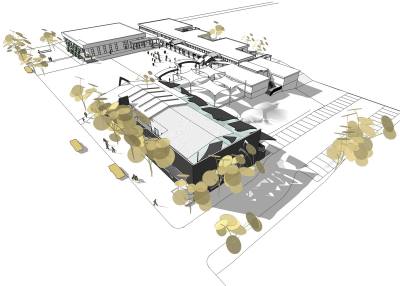 Funded by Round 3 of the federal government’s Building the Education Revolution for the Department of Education and Early Childhood Development. This project includes alterations and additions to Parkhill Primary School in Ashwood, Victoria, focusing primarily on the transformation of the existing school hall into a Performing Arts Centre with music practice rooms, changing rooms and culinary classroom.

The Parkhill Primary School motto is nurturing success – creating the opportunity to develop every student’s personal growth and experiences. The Sydney Opera House offered precedent as an inspiring performing arts facility. It is a place where young musicians, dancers and actors identify, aspire and dream to perform one day.

The scheme won a special mention in the 2009 AA Prize for Unbuilt Work & received the following jury citation:

“Producing architecture for government schools is difficult, despite the best intentions of all involved. Budgets are extremely tight, timing is short and government processes can be mystifying. In this highly constrained context PHOOEY has developed a scheme that insists that wit and ambition have a role to play in educational buildings, while also meeting pragmatic requirements.

The scheme proposes bringing the silhouette of the Sydney Opera House to suburban Melbourne, courtesy of the Federal Government’s Building the Education Revolution program. While the jury was slightly bemused by this move, we were also intrigued by the bravado and commitment demonstrated – why shouldn’t a Melbourne suburban school have its very own Opera House?

The scheme uses limited means to cleverly expand the educational spaces and opportunities of an existing school hall. Wrapping the hall in a new screen facade generates useful and engaging intermediary spaces. Offcuts and waste materials are reused to form an entry archway. The striking new elevation and the offcuts gateway combine to lend a strong visual presence to the school and the facility.”

The scheme was replaced at the school’s request toward the end of design development. The school loved the alternative design scheme which is inspired by Victoria’s majestic rivers including the Murray, Goulburn, Latrobe and Yarra, after which the school’s “Houses” are named.

Incorporating the river concept offered opportunity for strong student “ownership” of the building, as well as a practical solution to some design issues.